Cities of the Future: the Debut of CNNC at Expo 2020 Dubai

Water, the source of life,

travels from rivers to the sea

and connects the future of humanity.

Energy, the basis of civilization,

and fuels our dreams.

One energy in particular

and brings the future closer

It is nuclear energy.

On Oct 1, Chinese President Xi Jinping sent a video message for the China Pavilion of Expo 2020 Dubai. Noting that Expo 2020 Dubai is the first World Expo held in the Middle East, Xi said under the theme of “Connecting Minds, Creating the Future”, countries have an opportunity to share their philosophies and success of economic and social development and enhance dialogue and cooperation. This shows the significant importance of the Expo. Answering the question of where the future of humanity should be headed, Xi said China’s answer is to call on the people of all countries to work together, respond to the call of the times, strengthen global governance, pursue innovation-driven development, and advance the building of a community with a shared future for mankind. China is ready to enhance exchange and cooperation with other countries to seize the opportunities for innovation-driven development and actively promote the building of a community with a shared future for mankind. He also wished Expo 2020 Dubai a full success.”

As the only Chinese nuclear enterprise that participates in and partners with Expo 2020 Dubai, CNNC presents itself in the Communication and Connectivity exhibition area of the Chinese Pavilion. Offering an immersive experience, the stand showcases Chinese solutions for a shared global nuclear energy community and portrays a vision where nuclear energy brings benefits to urban living. This is CNNC’s second appearance at Expos, a move that follows President Xi Jinping’s idea of a community of shared future and the Belt and Road Initiative. 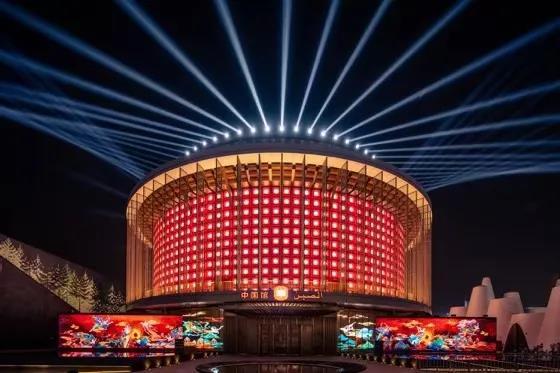 Themed “Build a Community with a Shared Future for Mankind — Innovation & Opportunity”, the China Pavilion is one of the largest at Expo 2020 Dubai. In its four motifs of “Common Dream”, “Common Earth”, “Common Home” and “Common Future”, the pavilion exhibits China’s achievements in information technology, modern transportation, artificial intelligence, smart living and energy exploration. It also presents China’s development concepts and achievements, as well as the great vision and unremitting efforts towards a community of shared future for humanity. 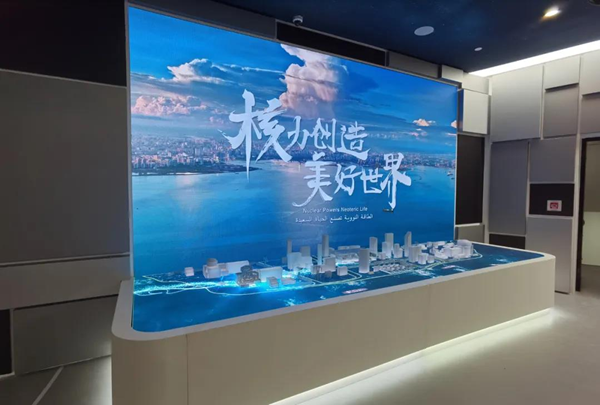 Nuclear energy development is essential to the well-being of humanity. As the International Agency of Atomic Energy said, nuclear energy is highly relevant to the goals in the 2030 Agenda for Sustainable Development and will play a crucial role in delivering benefits to humanity. In the opening ceremony of the Expo, CNNC stressed its commitment, as a Fortune 500 Enterprise, to building a global nuclear energy community of shared future. Pursuing safe, efficient, and sustainable development of nuclear energy, CNNC will contribute to the global energy transition and climate change mitigation. 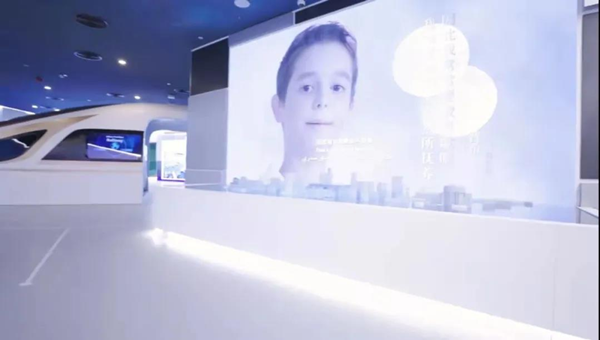 As one of the few enterprises in the world with a complete nuclear industrial system, CNNC is a flagship of China’s nuclear energy development. From day to night, the miraculous energy keeps powering the great land of China.

Working at every corner of the world, the 180,000 staff of CNNC embrace open, inclusive, and win-win cooperation and tap into safe, advanced, and proven nuclear technologies. Extensive industrial cooperation has been carried out in partnership with IAEA, WANO, ITER among other international organizations, as well as companies and institutions from more 40 countries and regions, including France, Germany, the UK, the US, Canada, and Pakistan. While delivering clean energy to the society, nuclear cooperation has also contributed to ocean development, agricultural science, medical health, industrial steam supply, sea water desalination, district heating and public security, which improves our living environment and goes with people’s aspiration for a better life.

Chinese President Xi Jinping Announced in the 75th UNGA that China will scale up its Intended Nationally Determined Contributions by adopting more vigorous policies and measures. It aims to have CO2 emissions peak before 2030 and achieve carbon neutrality before 2060.

Nuclear power has the lowest emission among all power sources. For example, the Gen-III HPR1000 unit has an installed capacity of 1,161MW and produces nearly 10,000 GWh of electricity annually, which meets the power demand of one million people for living and production in a moderately developed country. It also helps to avoid 3.12 million tons of coal consumption and 8.16 million tons of carbon emission, which is the equivalence of planting 70 million trees. At present, HPR1000 units have achieved power production in China and Pakistan, breaking records of construction time and operational performance among Gen-III reactors. The mass construction of HPR1000 is now unfolding. 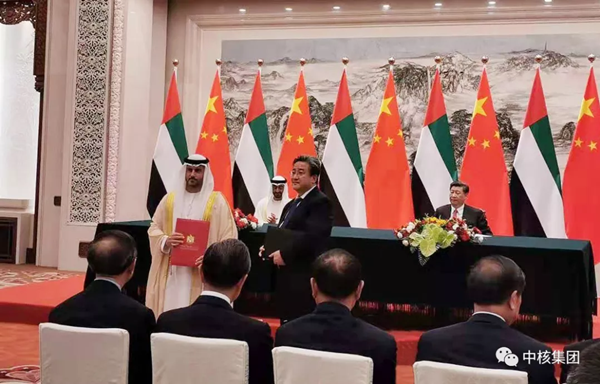 On July 22, 2019, CNNC and the UAE Counterparts Signed an Agreement

In the past 30 years, CNNC has built five nuclear power bases, namely Tianwan, Qinshan, Sanmen, Fuqing and Changjiang from North to South China. These bases are major suppliers of clean energy and have delivered great social and economic benefits. More than one million GWh of electricity has been produced in total, which helps to avoid 300 million tons of standard coal consumption, and reduces 820 million tons of CO2, 2.68 million tons of SO2, and 2.32 million tons of NOx emission. It is also the equivalence of planting 2.88 million hectares of trees, which is two times the size of Beijing. It is fair to say that CNNC has contributed clean nuclear energy to a more beautiful China with blue sky, green grass, clear water and fresh air. 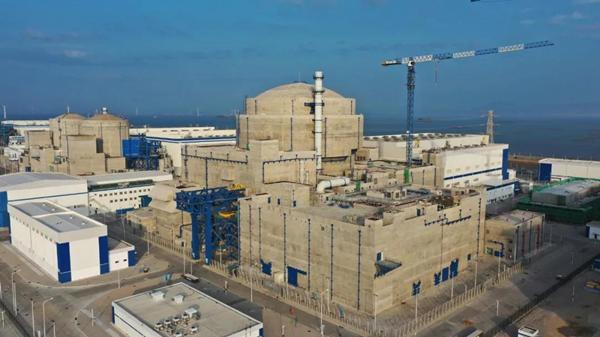 The Appearance of HPR1000 FOAK Project

CNNC is determined to let the magic nuclear energy play a bigger role in the world. With its inherent safety features, high outlet temperature, great adaptability, and flexible modular design, the High Temperature Gas-cooled Reactor has a broad prospect in nuclear multipurpose utilization.

HTR can provide high-quality industrial steam to petrochemical industry, and its safe and green nature means that HTR can be deployed in original sites of coal-fired power plants and away from the sea. Meanwhile, as a green and efficient energy source, HTR not only produces safe electricity, but also supplies heat for sea water desalination, district heating and refrigeration. 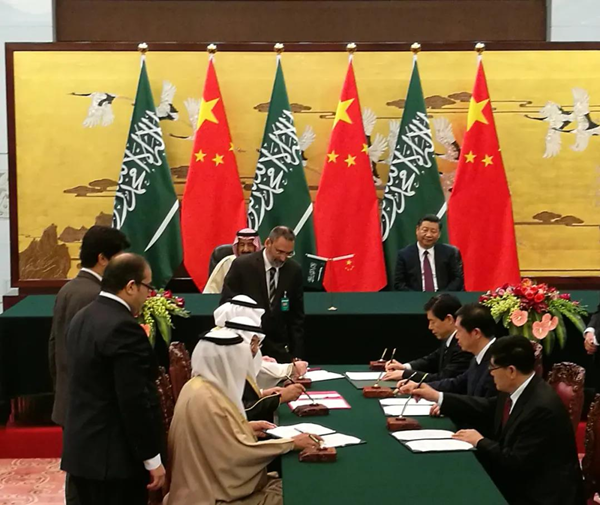 Nuclear technology application has high added-value, huge market space, and promising growth prospect. It is increasingly applied in industry, agriculture, medicine, environment and security sectors and deeply integrated into a variety of social and economic fields. New business, forms and models are emerging, creating a blue ocean of nuclear economy that may potentially worth trillions of dollars.

For more than one decade, the security equipment of CNNC has been widely applied in large international and domestic events, as well as public places. The equipment has effectively ensured public security and gained international recognition. 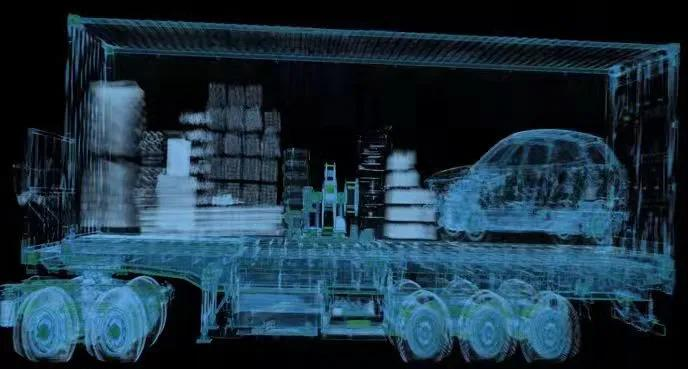 CNNC: Nuclear Medicine and a Future with Better Health

CNNC Integrates R&D, production, sales and services, and has grown into a technology company that provides nuclear application products and solutions to the international market.

With an annual production of seven million curies of cobalt, CNNC is the largest cobalt supplier in China and the third largest in the world. It has expanded the portfolio of accelerators, which enabled the multi-purpose application of accelerators in inspection, medicine and research. Meanwhile, CNNC works on, produces and supplies a variety of radiopharmaceuticals, which helps with cancer and neurological diseases diagnosis and treatment, as well as Helicobacter pylori tests. 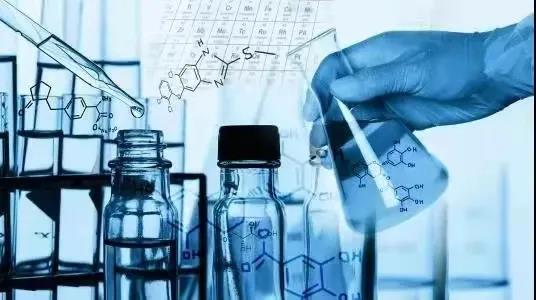 It is worth mentioning that in the global battle against Covid-19 pandemic, CNNC relied on its research achievements and made important contributions by unleashing the potential of nuclear technologies in epidemic prevention and control, radiation sterilization and medical waste disposal.

CNNC: Integrated Solutions and a More Promising Future for the Middle East 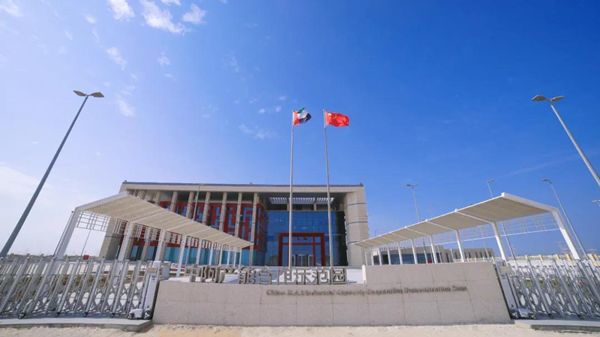 CNNC has worked with the Jiangsu Provincial government and built the China-UAE Industrial Capacity Cooperation Demonstration Zone. As a one-of-a-kind project under the Belt and Road Initiative, this demonstration zone reveals the strong wish of national leaders of China and the UAE and will make major contributions to the BRI.

Mobilizing the resources of the demonstration zone, CNNC will propel extensive industrial cooperation with Middle East countries, connect enterprises of the two sides and work jointly for the Belt and Road Initiative. 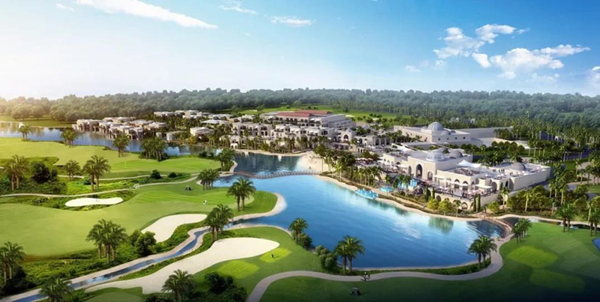 CNNC will also incorporate its own experience to train more nuclear talents for China and Middle East countries. Exchange programs and training activities will be carried out in nuclear energy, equipment manufacturing, nuclear technology application and smart city development, and integrated life-cycle solutions of nuclear energy will be offered to Middle East countries.

Listening to the wisdom of crowds and offering its own solutions, CNNC keeps promoting development and people’s livelihood. It will strengthen nuclear energy cooperation with countries across the world, build a community of shared future for humanity, and pursue a green, low-carbon and sustainable way of living. 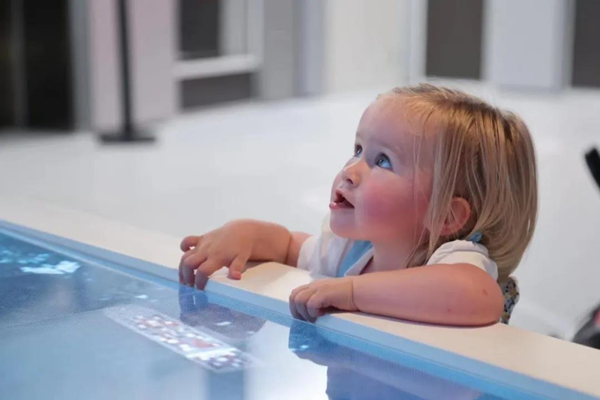